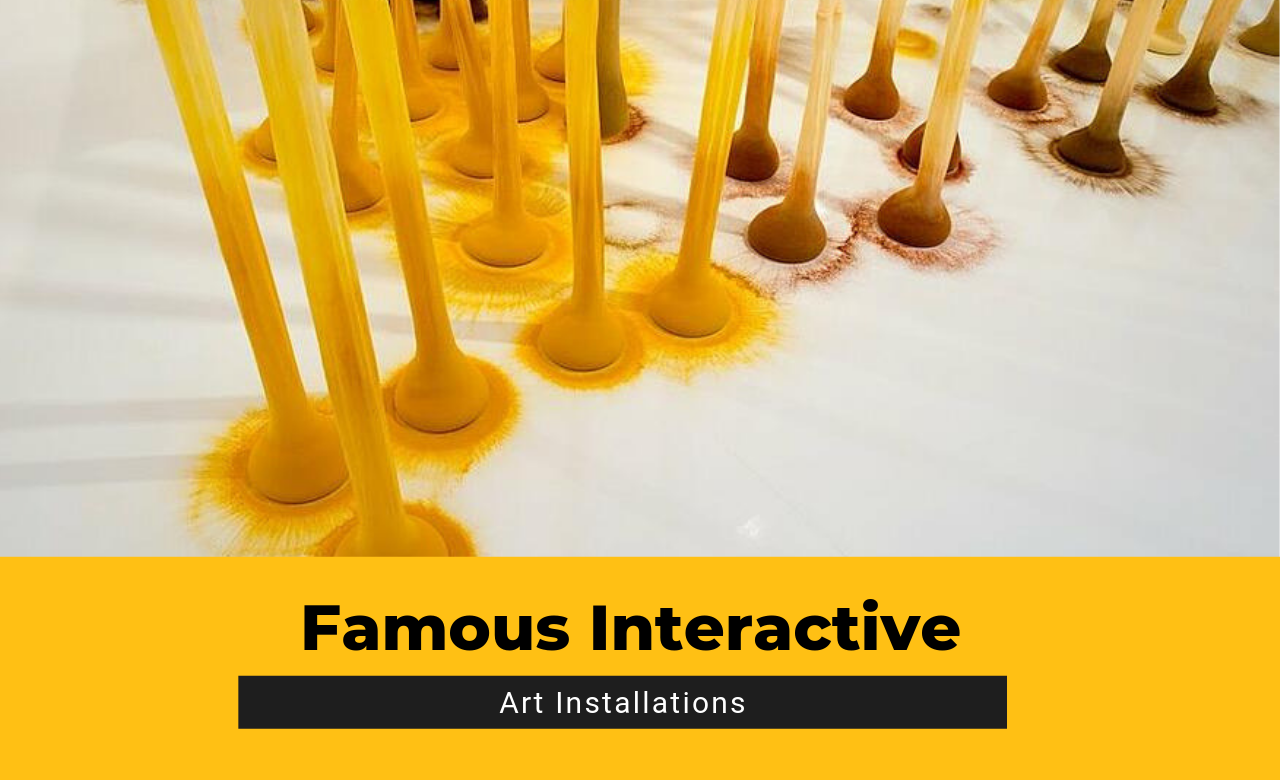 Ball pits, slides, and swings are not just childhood pastimes, these care-free activities have found themselves as an important part of the art historical canon. Interactive art installations directly engage viewers by positioning them as a physical part of the artwork. These types of works tend to be playful, eye catching, and inspirational so we’ve pulled some of our favorites together for you to enjoy.

Since these larger-than-life concepts don’t correlate directly to commercial spaces, we’ll be taking this idea of interaction one step closer to home in our next piece: “How to Work Interaction into Interior Design.”

Considered one of the first interactive art installations, Allan Kaprow’s Yard consisted of hundreds of used tires in a garden that visitors had to traverse. He opened the door to an expanded meaning of art. Learn More. 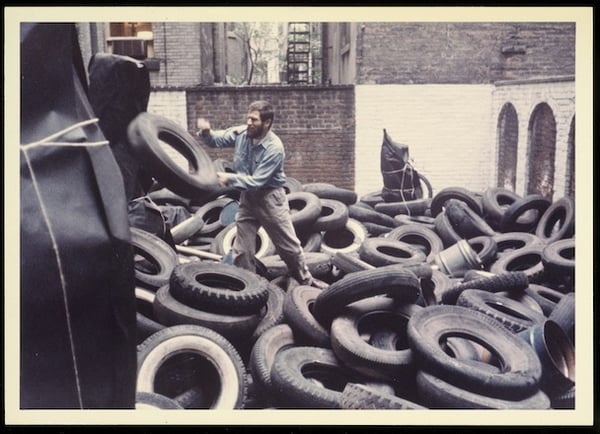 Artist Rikrit Tiravanija’s exhibit at 303 Gallery in 1992 consisted of the artist converting the gallery into a kitchen in which he made Pad Thai and Curry for free. The detritus remained there for the remains of the exhibit. Learn More. 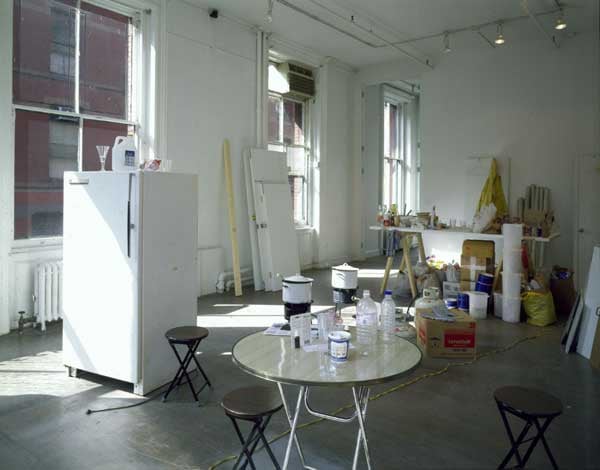 Just like drops in time, nothing by Ernesto Neto (2002)

Not all interaction is physical. Ernesto Neto activates viewers through smell. His early work involved filling lycra with varying spices. This technique fills spaces with aromas that intrigue the viewer as they search for where the smells are coming from and what the smells are. Learn More. 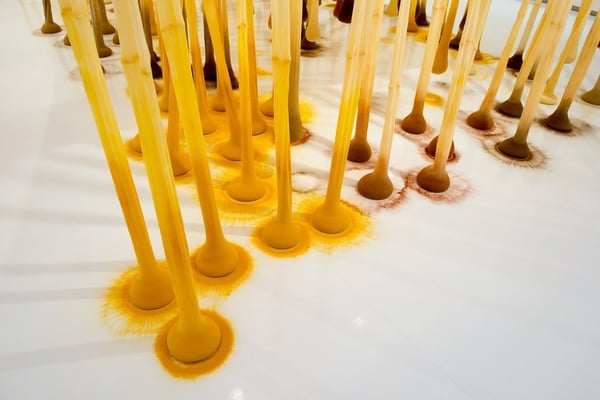 Just like drops in time, nothing by Ernesto Neto (2002)

Carsten Holler is known for his playful interactive exhibits that incorporate slides, merry go rounds, and deprivation tanks. His most iconic works are his extra long slides though, because he consistently points out that it is impossible to smile when going down a slide. Learn More.

Ann Hamilton transformed the Park Avenue Armory into a multi-sensorial experience that touched on notions of time and connection. Each part of the installation was connected. Participants swung pleasantly on large wooden swings, which activated a breezy curtain that others laid under for a meditative experience. Learn More. 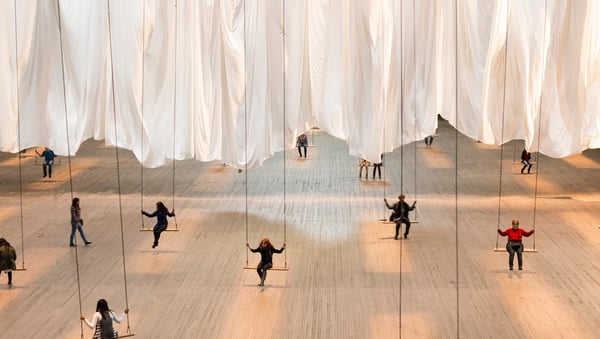 Saraceno’s interactive cloudscape encourages viewers not only to think of the natural world, but also ruminate over the ideas of flow and lightness. He says, “ For me, the work visualizes the space-time continuum, the three-dimensional web of a spider, the ramifications of tissue in the brain, dark matter, or the structure of the universe. With ‘in orbit,’ proportions enter into new relationships; human bodies become planets, molecules, or social black holes.” Learn More. 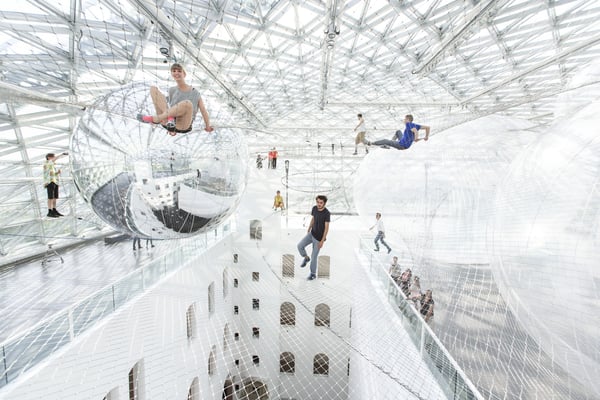 Known for their interactive tech, TeamLab’s Flowers and People responds to the viewers position in the space. The artwork is rendered in real time and is never the same. Learn More. 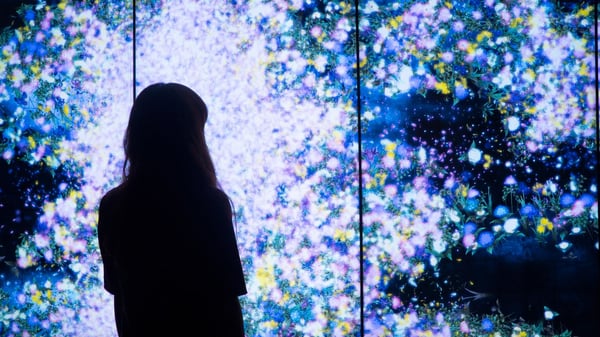 Playing with the natural and cultural elements of the beach, multi-disciplinary studio Snarkitecture created an extra large ball pit meant for both children and adult. Learn More. 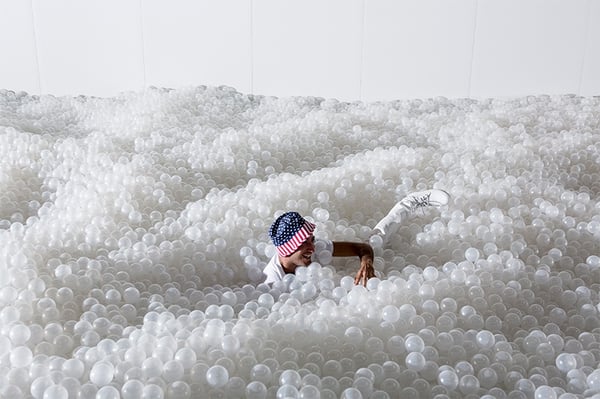