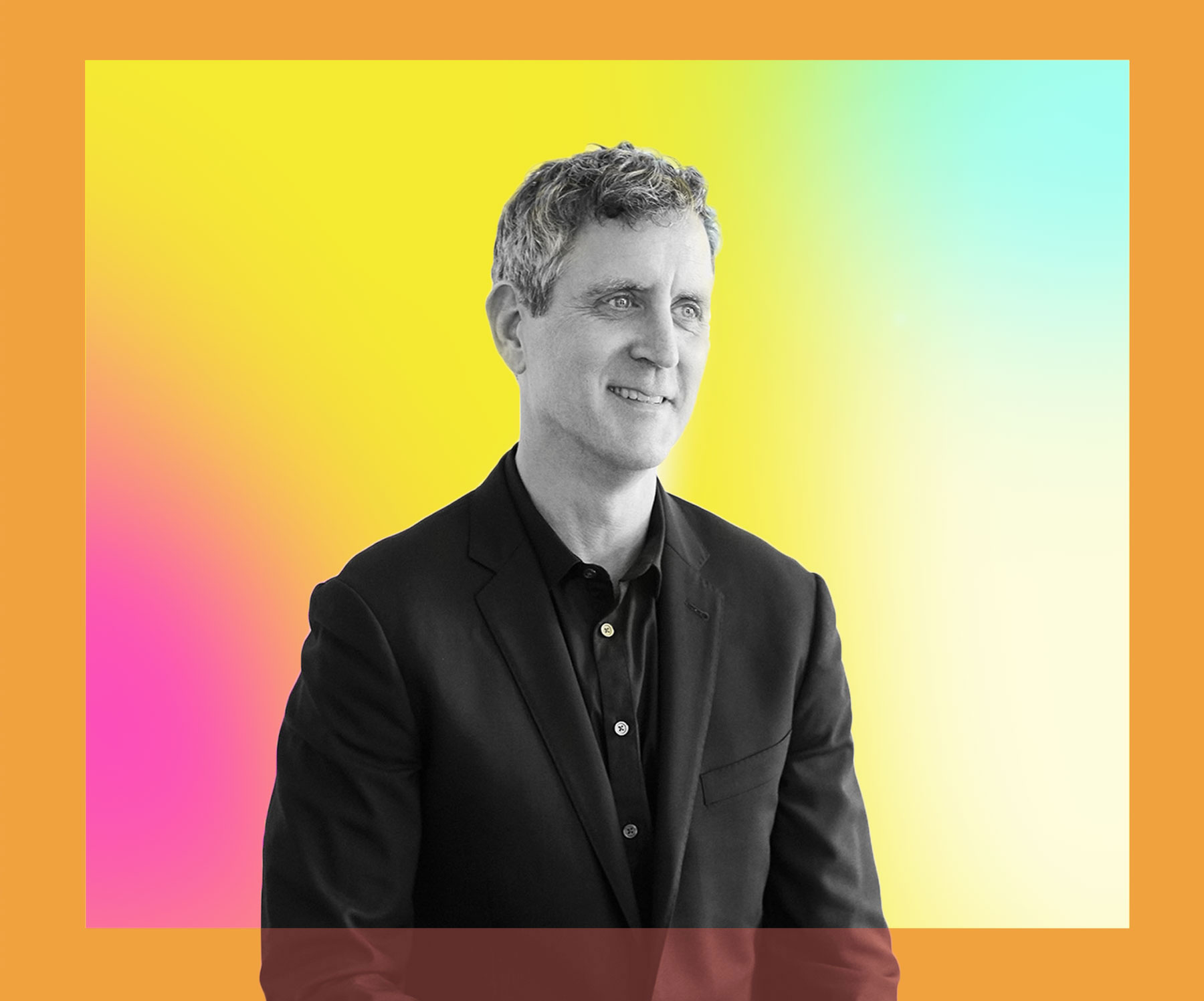 Follow along on our new series DESIGNER PROFILES where we speak to some of the most dynamic design professionals in the industry.

Stephen Brockman knew from a young age what he wanted to be when he grew up. “I’m one of those people who are either blessed or cursed that I could just never imagine doing anything else.” Brockman, who is a partner at Deborah Berke Partners, blends his expertise in multiple creative disciplines to create elegant spaces notable for their inclusivity of textures and materials.

Brockman led the design charge on 21C Museum Hotel’s first 8 locations and has worked on esteemed locales such as 432 Park Ave Condominiums and Princeton University. He received his BFA in Textile and Graphic Design from Miami University and a Masters of Architecture from Yale, and has always appreciated and embraced the interwoven relationship between architecture and interior design. “I come at interior design through the lines of being an architect” said Brockman, adding hypothetically, “How do the architectural materials come together with the furniture, fabrics, textures, and light? What is the overall effect of the room that we’re trying to achieve?” In addition to careful planning and preliminary understanding of shape and scale of a space, Brockman roots each project in strong design principles that are unique to each location and client’s specific goals.

In 2017, Brockman and his team revived the long-abandoned former Buffalo State Asylum for the Insane–a historic masterpiece in it’s own right that was registered as a National Historic Landmark in 1986–into a one-of-a-kind hotel and conference center. The monumental scale of the building was preserved while modern flourishes and thoughtfully curated artwork enhanced the space. Brockman and his team worked with Indiewalls to find and solicit responses from local artists whose aesthetic spoke to the identity of the hotel.

“We really wanted to capture Buffalo in the selection of art” which included local artists Joe Cascio, A.J. Fries, and Cheng Yang Lee, among others. At over 180,000 feet and with pronounced historic features originally designed by H.H. Richardson, the majestic space provided a number of design challenges. “The scale is quite extraordinary. We wanted to preserve and honor it’s history but also look towards the future and have the art sort of contrast the architecture.”

“What’s different about working in a new building is that you sort of have to build their character. In a historic building, you almost have to edit things out and in a new building you have to figure out a way to layer elements in.”

In 2016, Brockman began work as the Project Lead on 77 Greenwich, a multifamily residential building in downtown Manhattan. Brockman’s process began by focusing on the building’s location and tying aesthetics directly to its address and surrounding environs. In contrast to Hotel Henry, which had a complex history built into its narrative, 77 Greenwich needed an identity. “What’s different about working in a new building is that you sort of have to build their character. In a historic building, you almost have to edit things out and in a new building you have to figure out a way to layer elements in.” 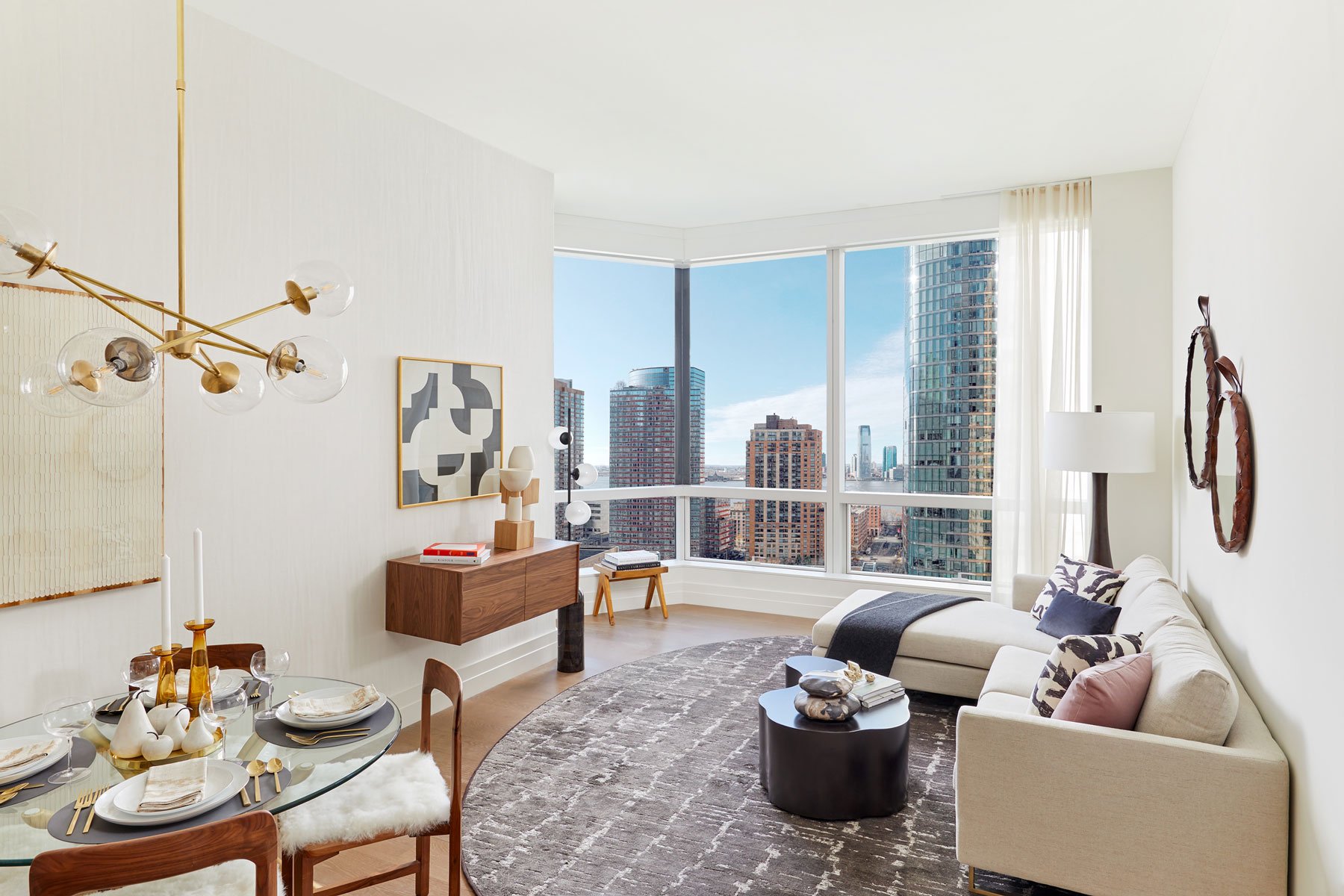 Interior view of a unit at 77 Greenwich.

(L-R) A piece by Havoc Hendricks inside the 77 Greenwich lobby; A detail of a hanging sculpture by Anna Kasabian.

The luxury condominium is a 42-story tower situated in lower Manhattan near Wall Street and Battery Park. The magnificent space offers sweeping views of the New York Harbor and lower Manhattan skyline. The interiors at 77 Greenwich feature warm natural materials such as dark granite floors, ash veneer panels, and pleated bleached mahogany walls. Brockman and his team worked closely with Indiewalls to place elegant artworks by Anna Kasabian, Havoc Hendricks, Kal Mansur and Petr Weigl throughout the building in the corridors, lobby and public areas. Each piece of artwork gives the viewer a sense of materiality and the human hand in its look and feel. “For this project, it wasn’t just about digital processes, it was more about achieving a tactile quality.”  The handcrafted minimalism works in concert with the surrounding interiors to exude a sense of subtle luxury and earthy warmth.

For the most of the pandemic, Brockman has been working remotely outside of the city but returns to New York City every few weeks to reconnect with his space and his home. In adjusting to the new normal of working remote, Brockman said “It’s taken me weeks, if not months, to kind of figure out the ergonomics of the space, like, 'where am I sitting? what do people see behind me on zoom calls?'” When asked what he misses most about the city, Brockman replied "I miss all the things that I would take for granted. I miss my morning commute."

You can read more about Stephen Brockman and his work with Deborah Berke Partners here.

Puzzling Times: How Jigsaw Puzzles Spark Joy & Relax The Mind
Previous story
In the Studio with Andre Woolery
Next story