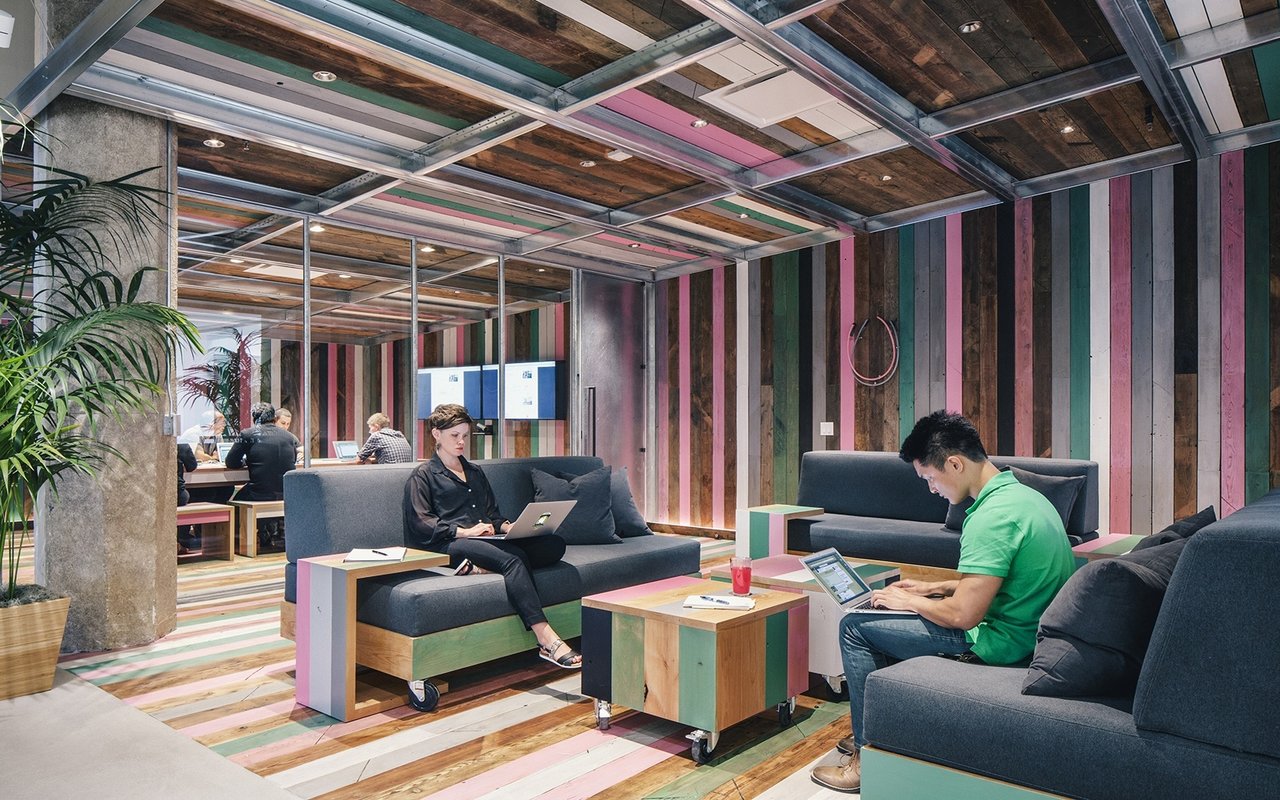 6 of the Most Beautiful Offices in America

We could drool over office photos all day. There’s something so inspiring about imagining going to work in a place that doesn’t just feature a single dilapidated pool table, but an entire games room modeled after an Airbnb halfway across the world.

Or instead of getting bad coffee at the cart outside, why not stop by your friendly neighborhood office cafeteria—catered by Whole Foods?

That’s why we’ve collected our all-time favorite offices spaces in America—from the more traditional, to the super-tech start-ups of San Francisco. 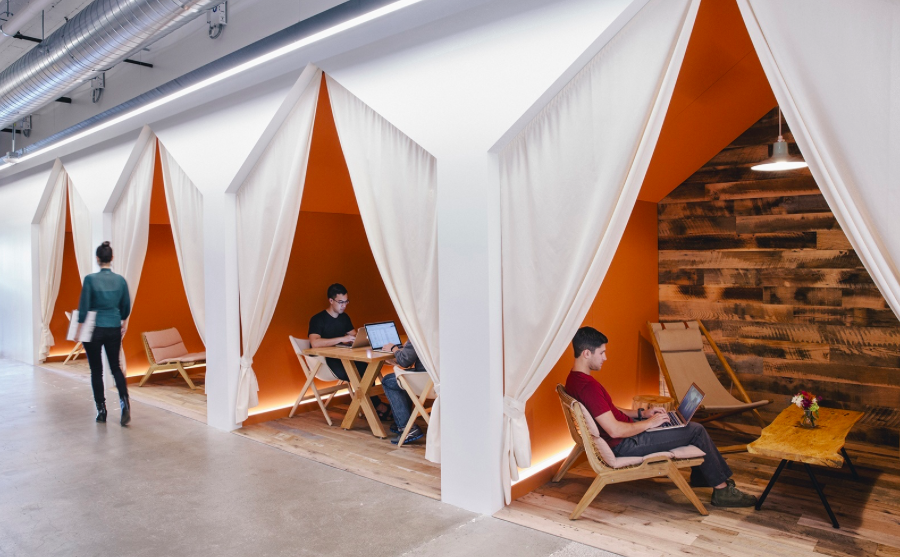 If you’re interested in beautiful offices, you’ve already heard of Airbnb’s innovative take on the American workplace. Each conference room is designed to look like a real live listing, from a living room and Milan to meeting rooms designed like campsites.

The designers involved married features traditional thought of as “home” (think: kitchens, libraries and nap rooms) and integrated them fully into the office space. Each room is distinct, making it the ultimate reflection of the brand. 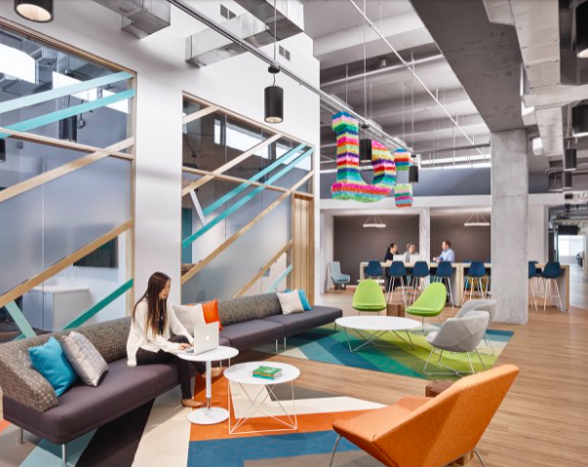 The 137,615-square-foot building was built from the ground up, specifically to accommodate the 600 Bazaarvoice employees in Austin, Texas.

The space is light-filled, featuring stunning views and a glass-lined staircase designed to “reflect openness and encourage collaboration.” There’s even a Whole Foods Market Café for company employees. 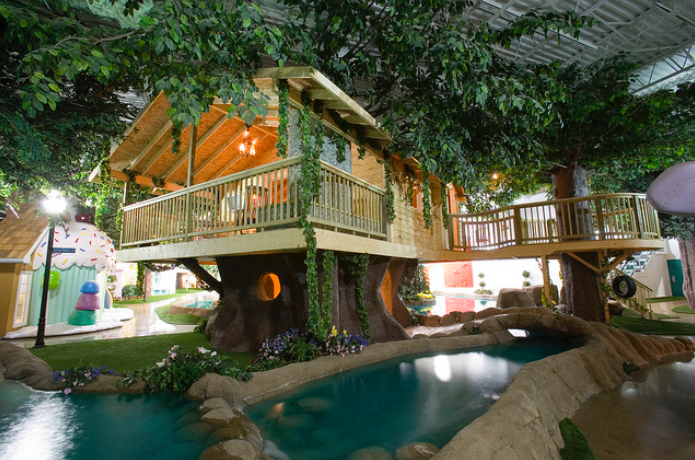 Pirate ships, race tracks, caves and castles—the Inventionland offices perfectly reflect the spirit of the office: a company inventing over 2000 items each year. With fully-equipped workshops, employees (or “creationeers” as they’re called) create working prototypes of their inventions.

And yes, they wear lab coats. 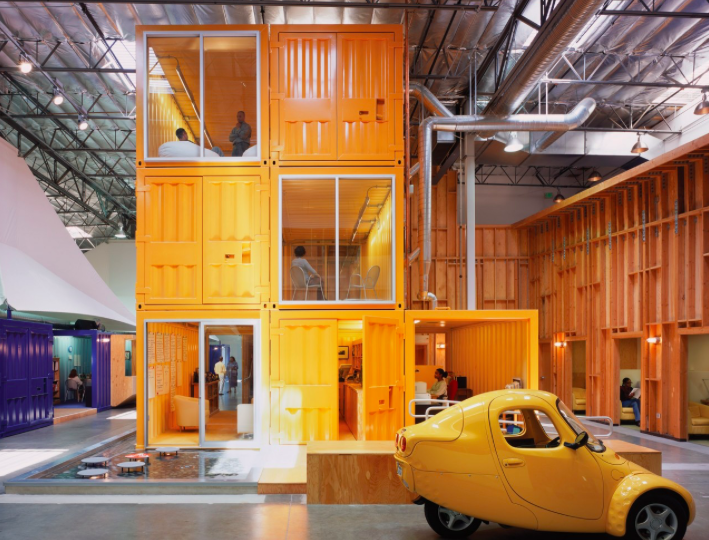 Shipping containers act as “breathing islands” inside Pallotta’s massive warehouse space, giving each department its own little identity. This unique layout was rewarded with the 2002 design award from the AIA and has resulted in both a low construction budget and reduced energy usage. 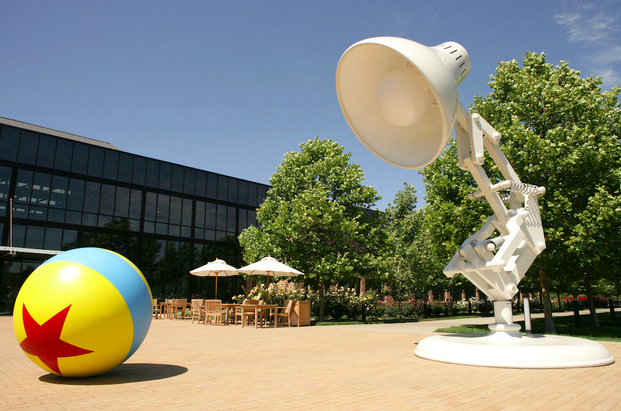 Across the world, the Pixar Emeryville campus is known for being a “magical playground.”

Famously designed by Steve Jobs in the late 90s, his recent biography cited that the campus was to be a place that that “promoted encounters and unplanned collaborations.” Thus began one of the first offices featuring quirky spaces like games rooms, work pods, living rooms and garden sheds, with a central atrium to act as the central campus hub. 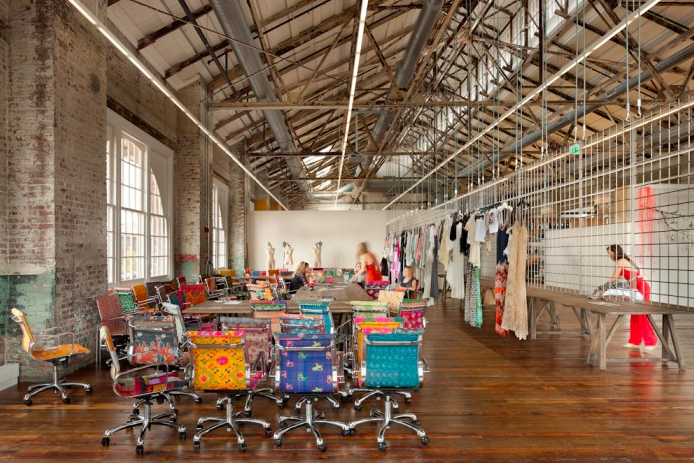 Beside the Delaware River sits four expansive buildings that make up Urban Outfitter’s $100 million dollar offices. Because it’s Urban Outfitters and they are cooler than all of us, these buildings sit on the site of a disused Navy Yard.

The design reflects the heritage of the buildings, while still feeling young and fresh, showcasing the unique style of all three brands: Urban Outfitters, Free People, and Anthropologie. The brands are connected by common areas like the cafeteria, coffee shop, library, fitness center, and courtyard.